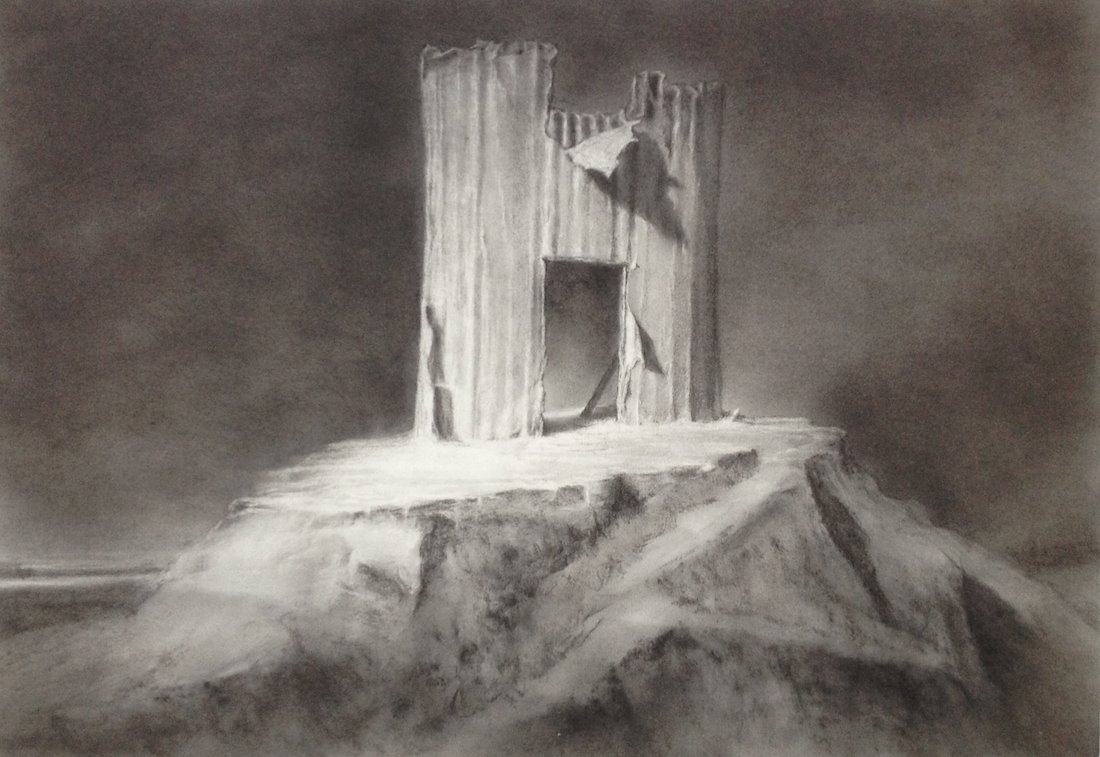 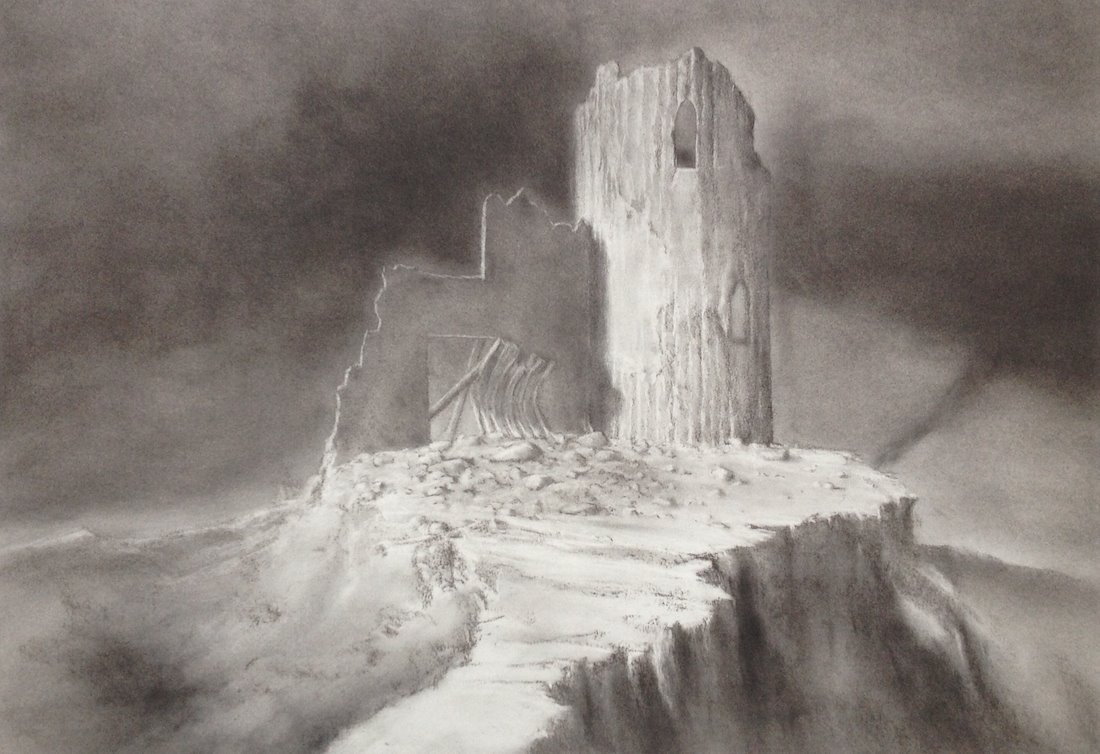 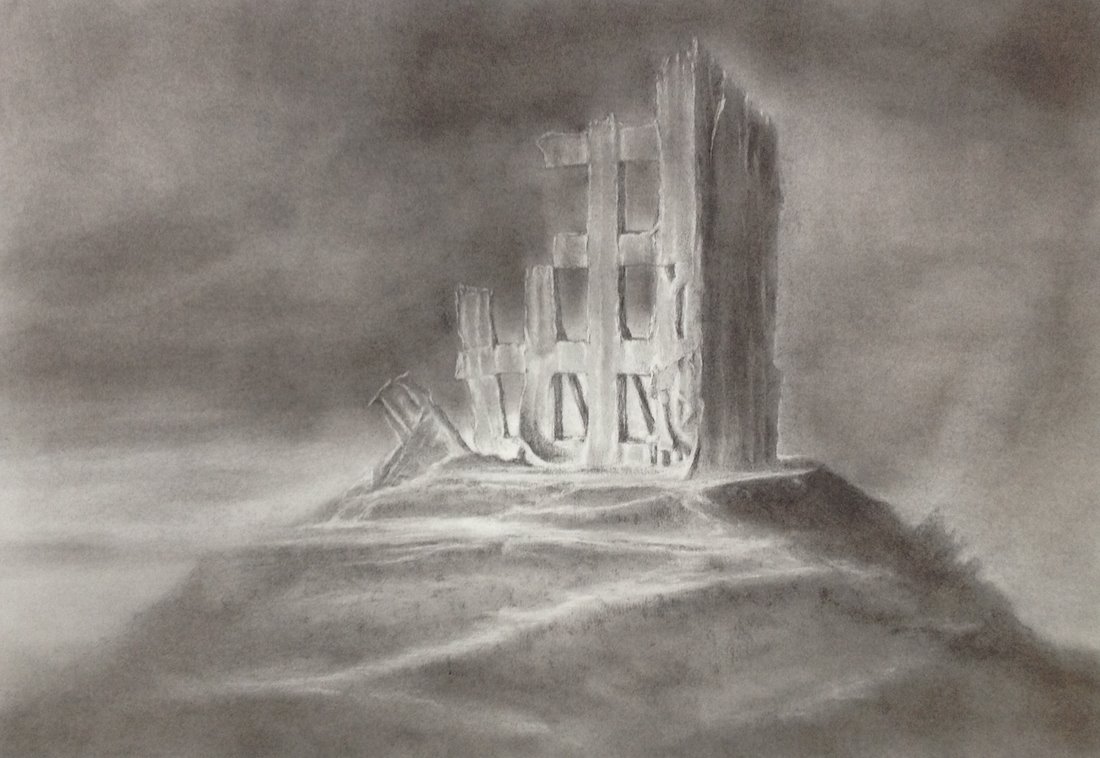 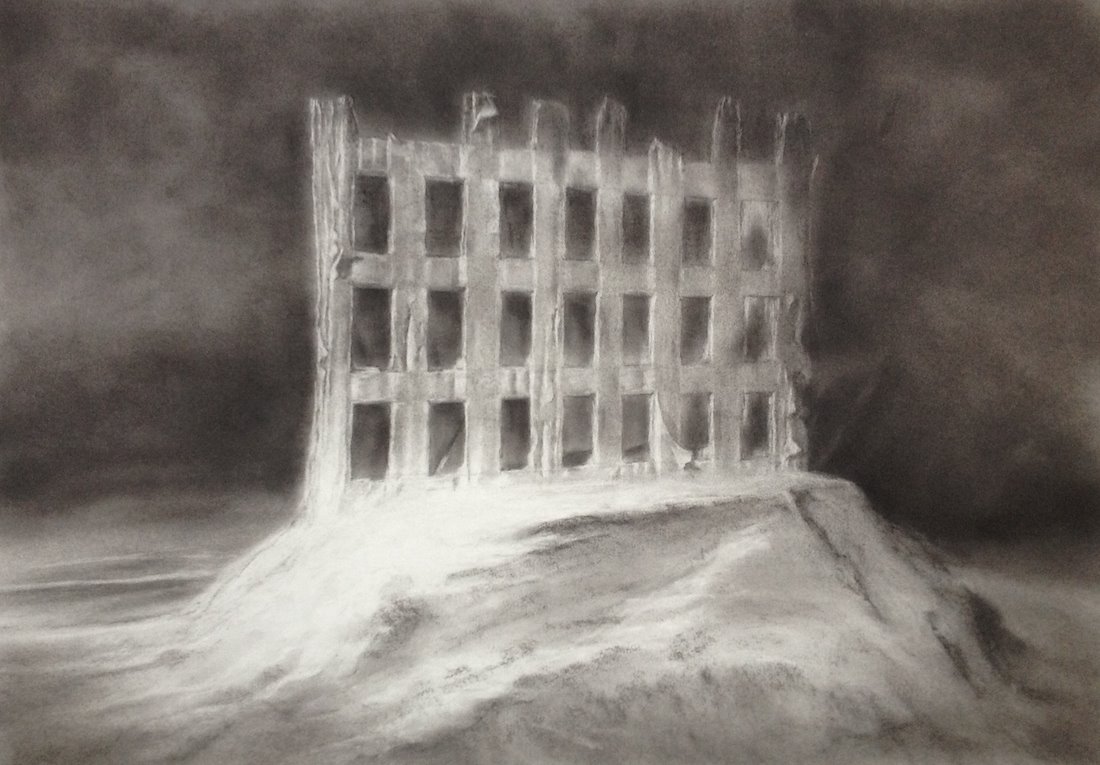 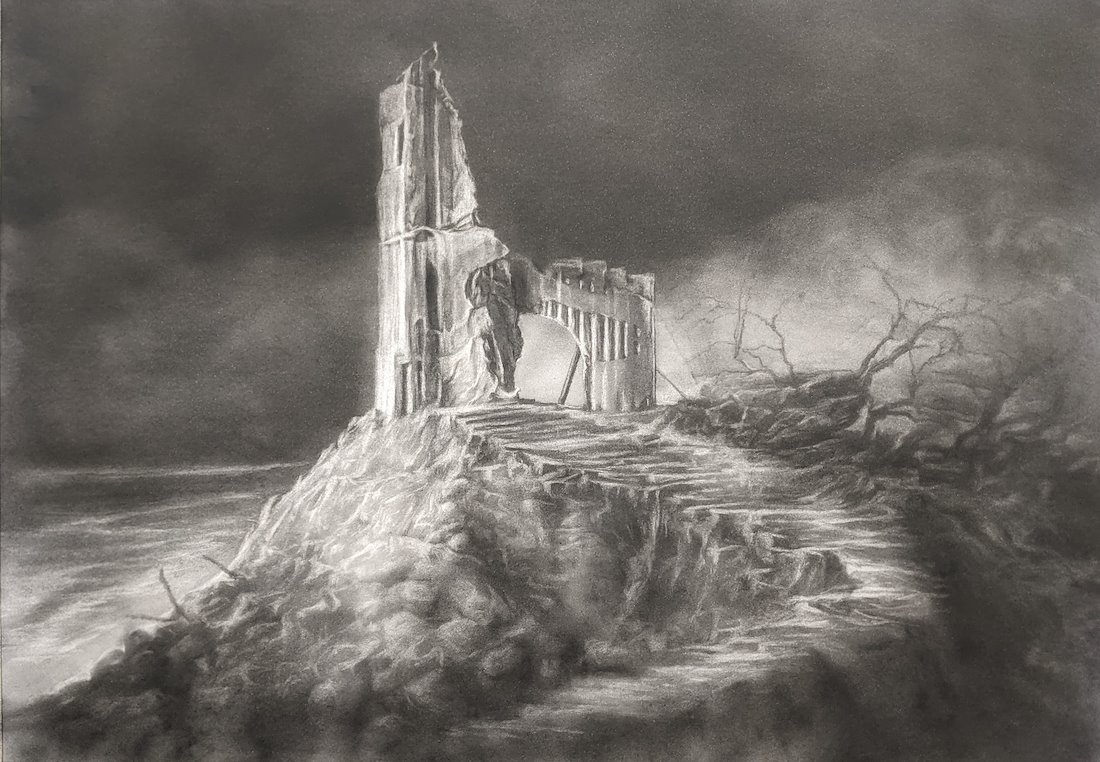 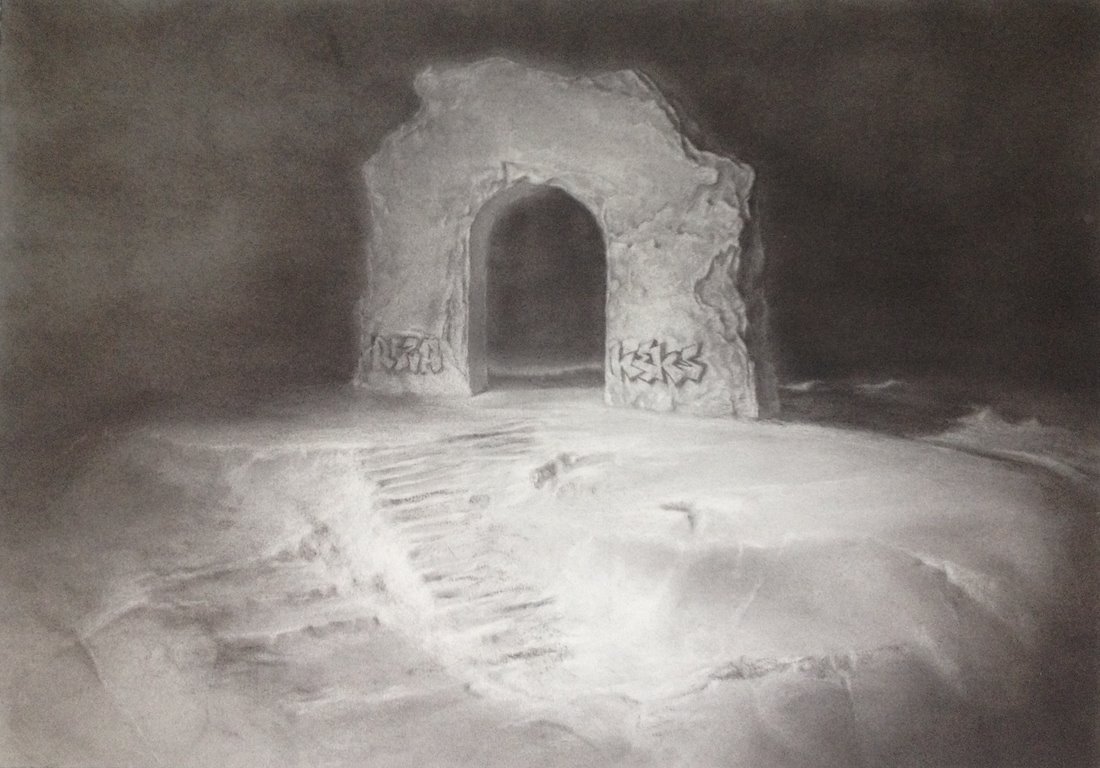 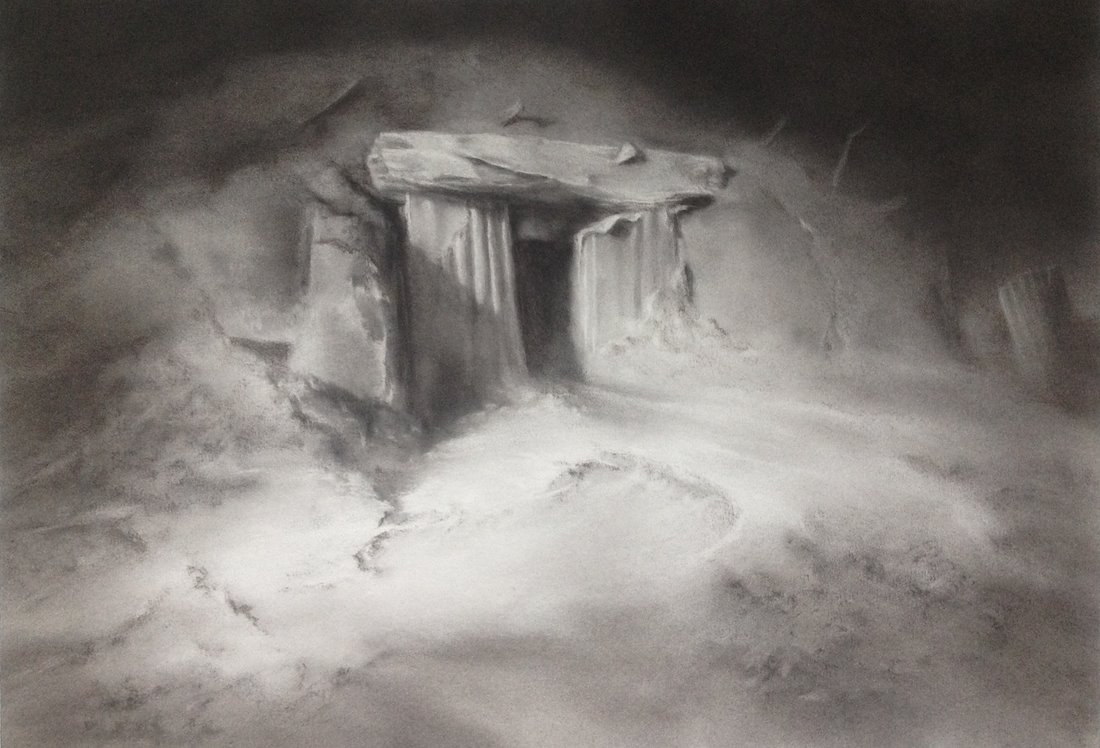 Burial Mound (Prior to Excavation) 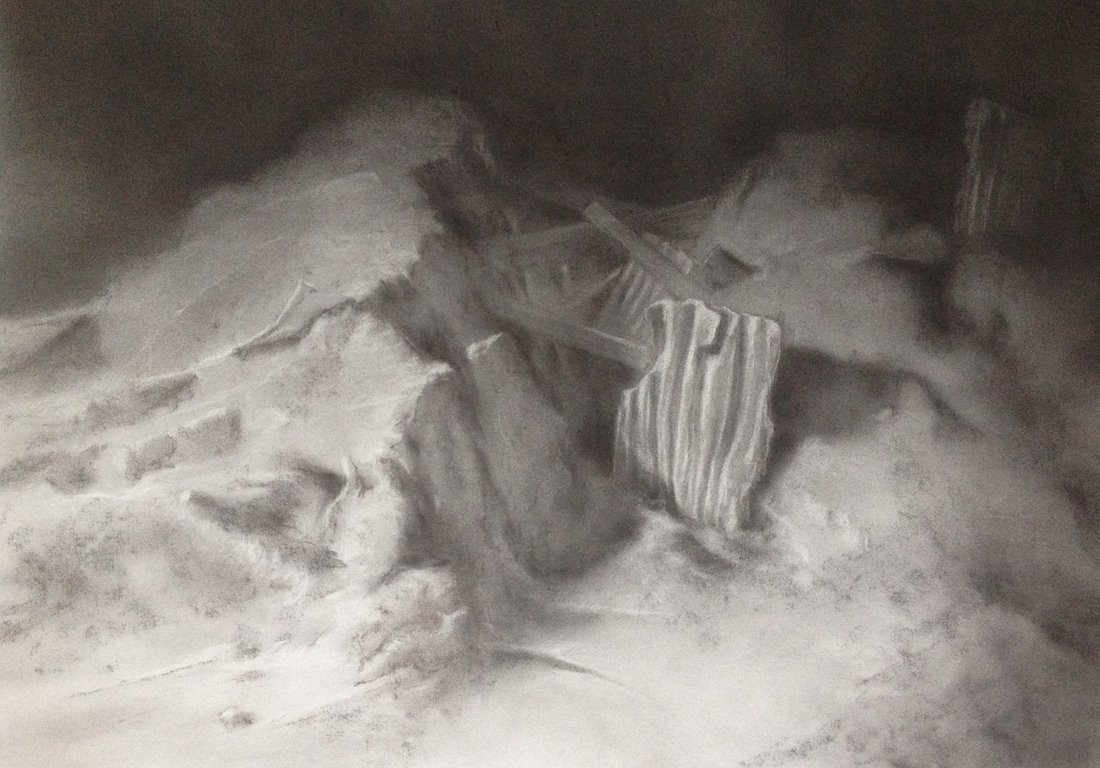 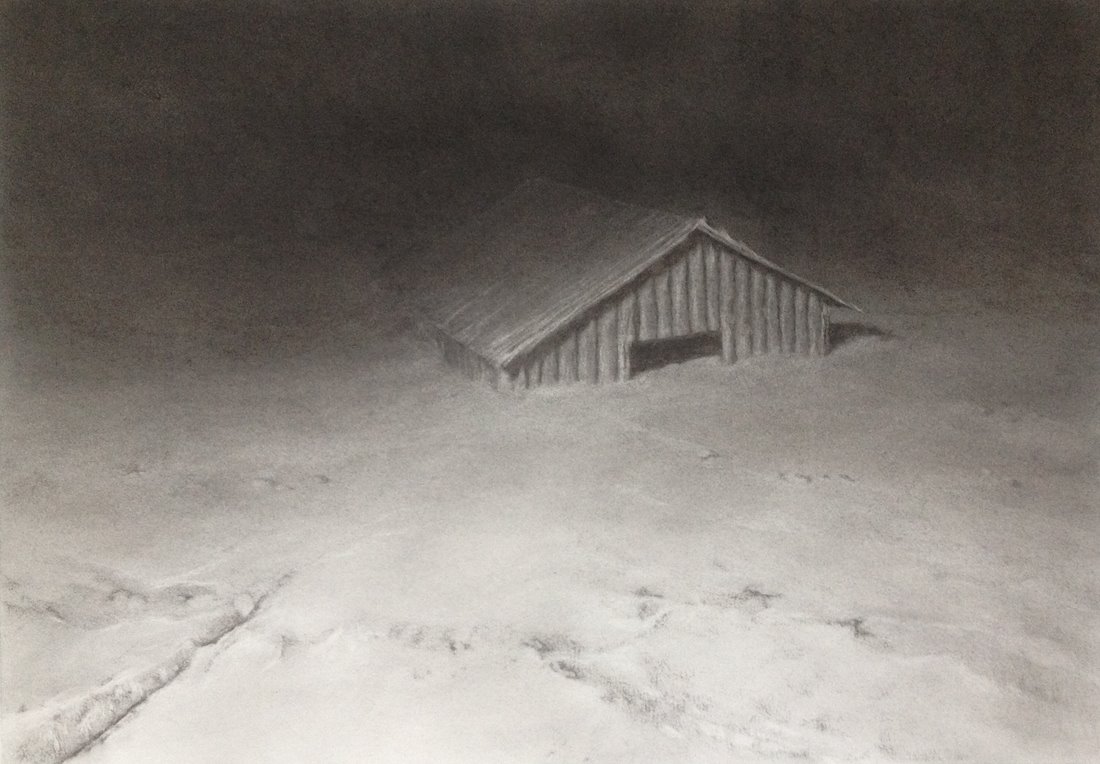 Untitled (It Dusted Us Over, And It Covered Us Under) 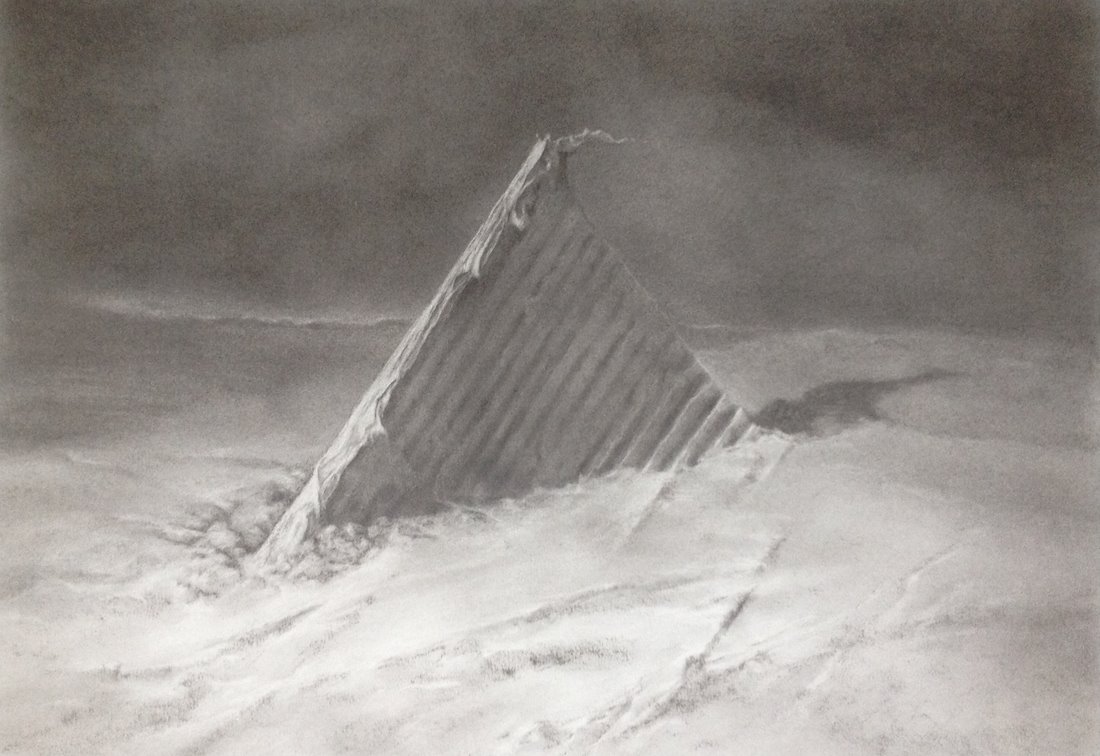 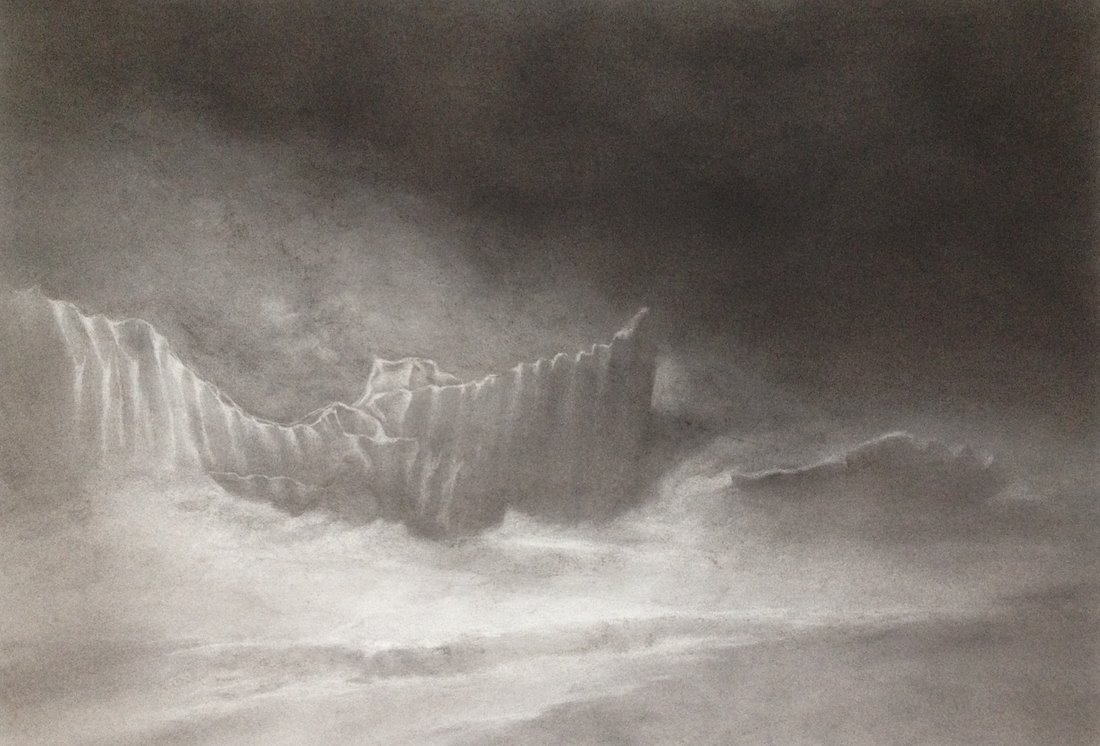 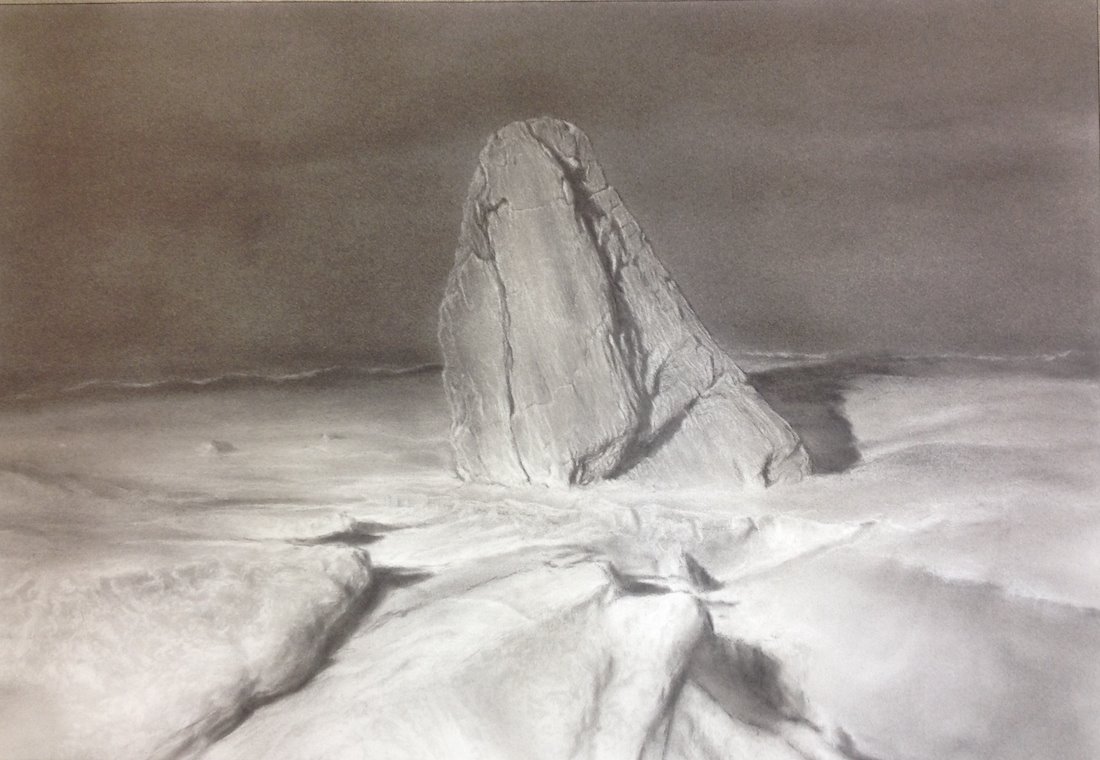 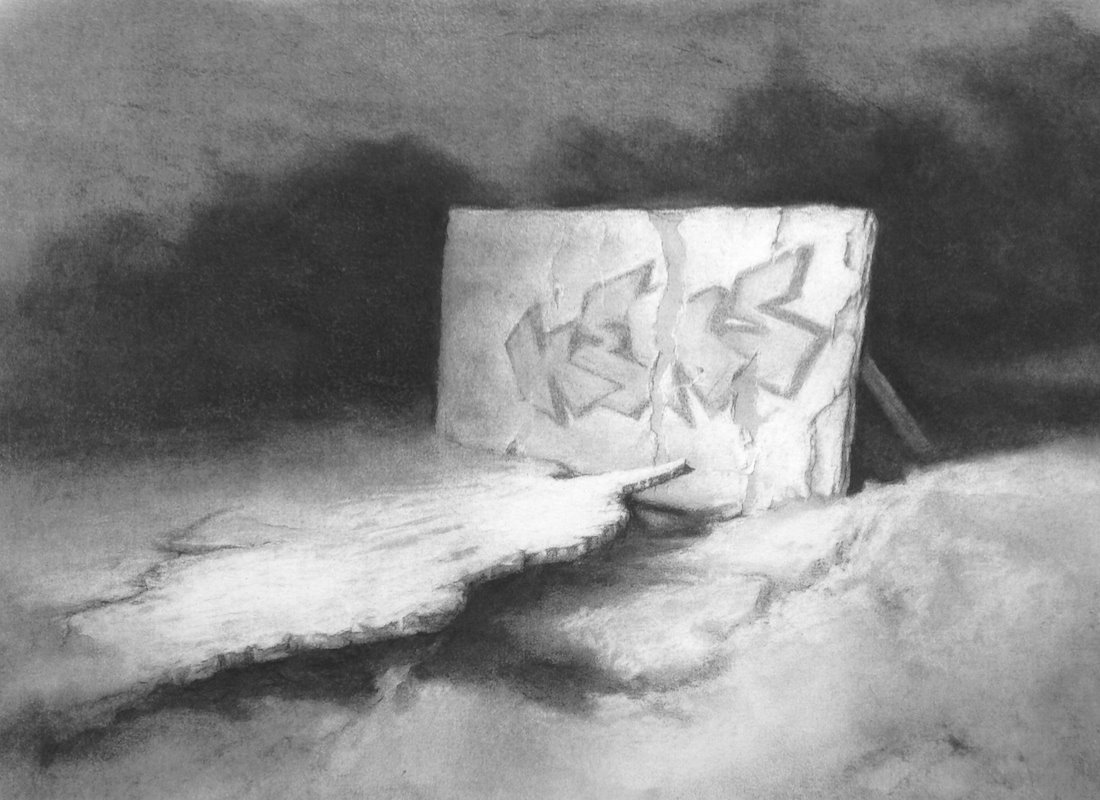 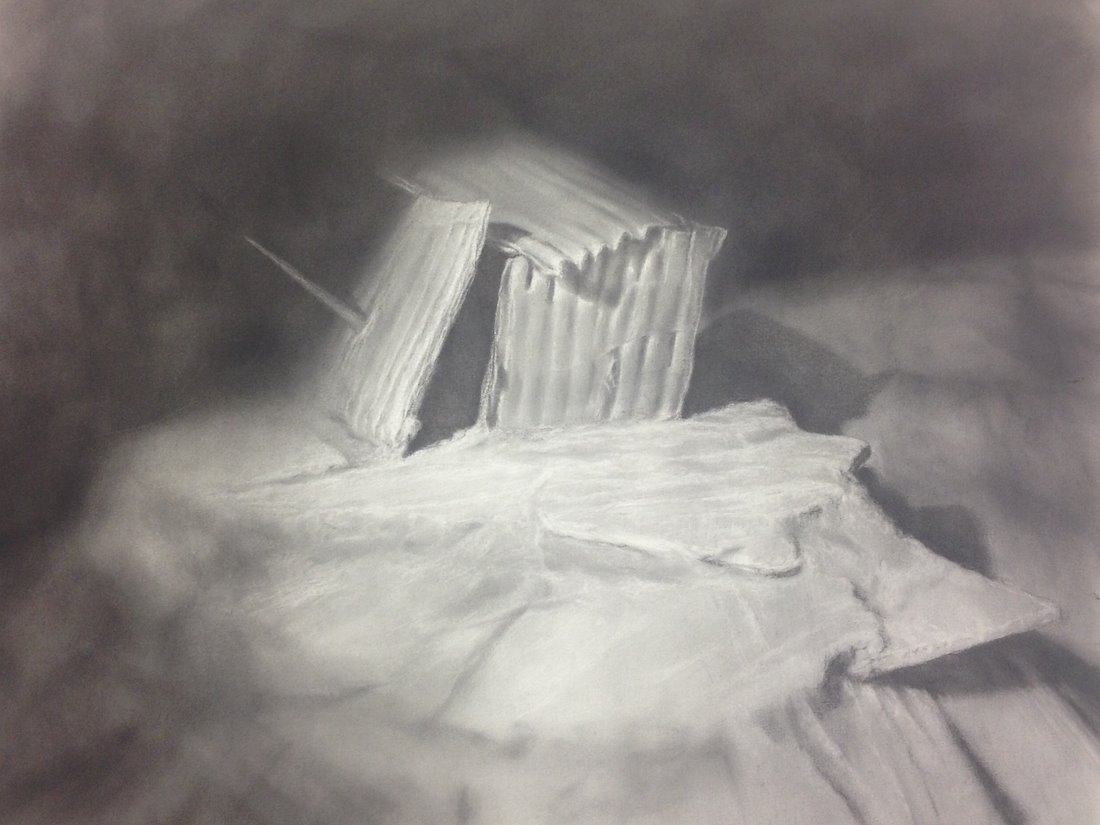 Folly (noun) – a building in the form of a castle, temple, etc, built to satisfy a fancy or conceit, often of an eccentric kind (Collins Dictionary).

"The origins of these charcoal drawings rely on dioramas made from models of cardboard, cork and cement. But it was while considering titles for these works that it occurred to me that the structures I build in the studio could also be described as 'follies’ in the architectural sense: they are made solely for effect and the expression of an idea (metaphor and playful indulgence as opposed to utility), belying the physical realities of their construction. They have the character of 'cut-outs’, two-dimensional facades, an ornamental edifice intended to be viewed only from one location. In other words, an illusion, a sham. Of course, the term can equally be applied to the hubris of the architects, to the foolhardy and futile endeavours that time ultimately wrecks and overwhelms."